Next Generation Payment Part 1 – from Asia to Europe

Alternative payment – a term that makes us Europeans and the Americans think primarily of pass-through wallets like Apple Pay or Google Pay, where you can deposit your cards to pay with your phone. However, great potential also lies in alternative payment methods with cash or QR codes, and here the growth in Asia is much stronger than in other parts of the world. Already in 2018, Asian consumers preferred alternative payment methods 63% of the time [1], and in China in particular, QR payment is on its way to completely replacing cash. The most popular payment method among Chinese is the Alipay app, which together with WeChat holds more than 90% of the market share. The two so-called lifestyle apps work via QR code. The QR code is either scanned by the retailer on the buyer’s phone or the buyer scans a code generated by the retailer – which is displayed via smartphone, terminal or static QR code at the checkout.

Alipay – more than a payment app

Founded in 2004, Alipay now has over 1 billion active users und is the online payment system of Alibaba Group, operated by Ant Group. Alibaba also operates the online store Aliexpress. The app not only allows users to make contactless, fast payments, but also provides location services, interaction and a discover area. Retailers can also use Alipay for marketing and promotion purposes and hang red packet QR codes in their stores: Shoppers can scan them to participate in raffles with instant prizes in form of discounts or credits. 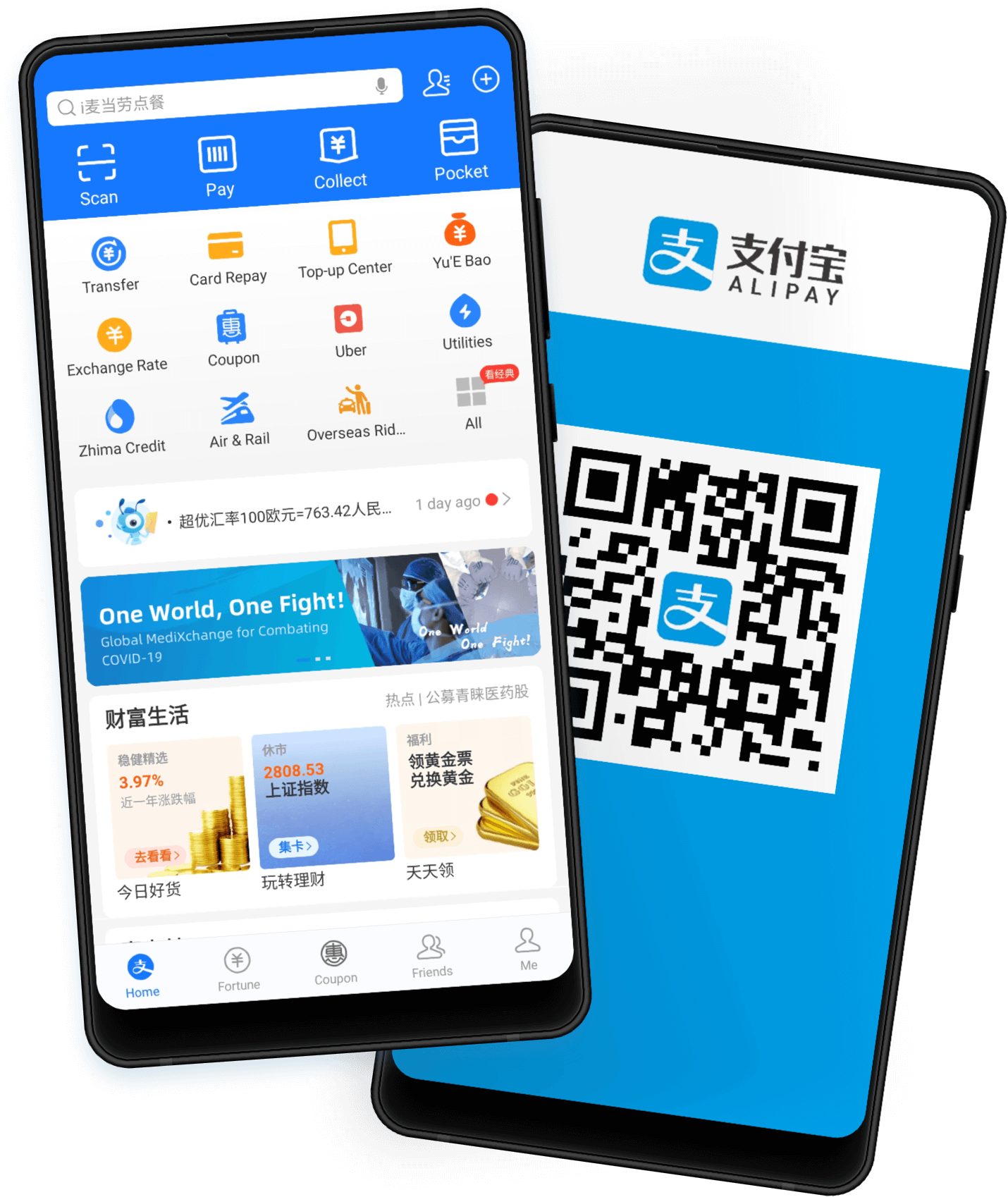 Alipay is working to cover the complete user journey of an Asian tourist, both before and during the trip, as well as after. Before the trip, the user can find out about shopping options, pay for flights and accommodation. During the trip, Alipay sends its users location-based push notifications to alert tourists about local shopping opportunities. After the trip, the retailer can stay in touch with the newly acquired customer via Alipay and ship their goods to China via Alibaba Marketplace.

Alipay+ is thus a collaboration of several Asian & European partners to drive global acceptance of local QR code-based mobile payment methods. This allows travelers to conveniently pay in many other countries using their familiar apps.

This also brings many advantages for retailers: with the help of the collaboration, they can now also accept payments through the other apps. The target group of travelers from China is attractive for retailers as it is considered to have a very high turnover.

In total, the European apps by themselves bring together more than five million users and approximately 190,000 retailers in Europe. This is possible because the partners involved have agreed on a common QR code format provided by Alipay [3].

By sponsoring the 2021 European Championship, Alipay+ sought to tap into the European market and raise awareness of the wallet brand among European consumers and merchants.

WeChat was only founded in 2011 and started as a messenger app. Currently, the app has over 1 billion active customers and offers them functions for money transfers, product purchases, hotel bookings and coupon redemption. WeChat is also referred to as “Google Maps in Mandarin” and can help find cabs, among other things.

You can even pay at street stands and markets in China by QR code or smartphone or pay your electricity and gas bills. The application is growing in parallel with smartphone usage. WeChat has thus become the super app for all aspects of life, with the average WeChat user spending 77 minutes a day on the platform [4]. 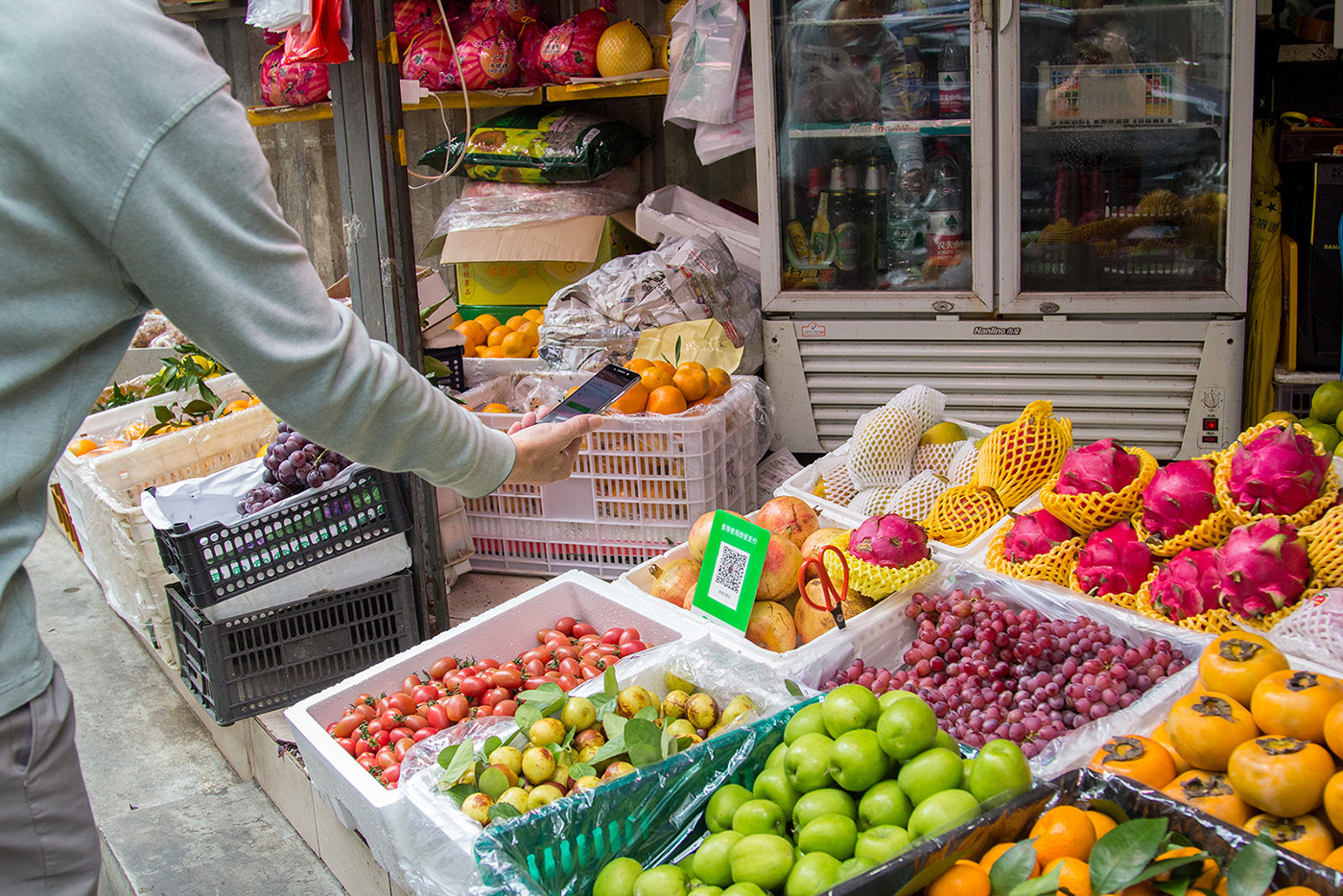 China is influencing our payment system

The success of alternative payment methods in China is also influencing payment offerings in other countries, such as Japan, as Chinese tourists provide a great incentive to integrate new solutions. Alipay+ advertises „Pay abroad just like home“, and Chinese tourists in German-speaking countries can already pay with Alipay at various retailers such as Rossmann, Müller Drogerie, Margot, WMF or even at airports in Munich or Frankfurt. Until now, the Chinese payment apps can only be used with a Chinese bank account, but this barrier is expected to be lifted soon.

Accept the payment methods of the future today. Offer your customers payment with QR and barcode and expand your payment portfolio with epay.